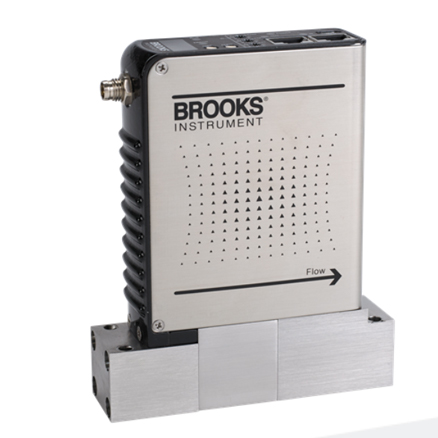 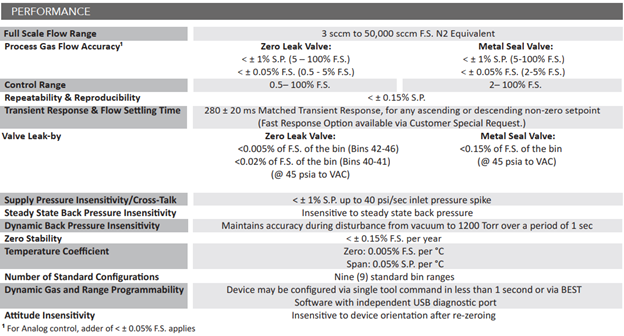 All pressures, all gases, all processes.

Enquire about this Product 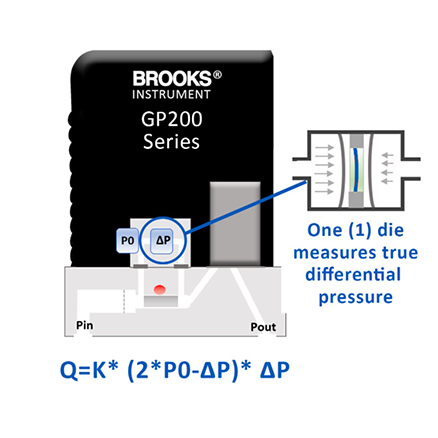 When a gas leak-by occurs across the MFC control valve, it causes unwanted pressure build-up at the downstream pneumatic isolation valve, resulting in the formation of a trapped volume of gas.

When a new recipe sequence is initiated, this trapped volume of gas goes into the process chamber, causing non-uniformities and Critical Dimension (CD) defects on the first wafer, known as first wafer effect. Process engineers avoid the first wafer effect by either running a dummy wafer or diverting the flow into exhaust prior to processing the wafers.

Learn how use of a differential pressure sensor instead of discrete pressure sensors combined with locating the control valve downstream of the laminar flow element in the new GP200 Series P-MFC delivers obvious advantages in flow measurement accuracy and repeatability over traditional P-MFCs.